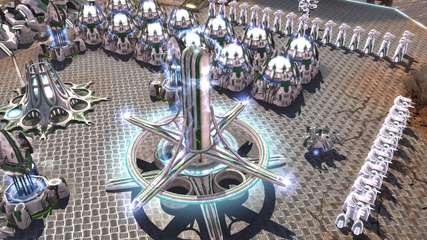 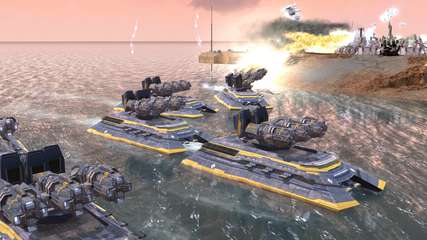 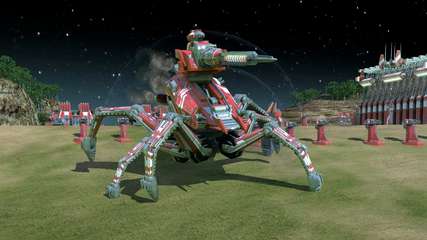 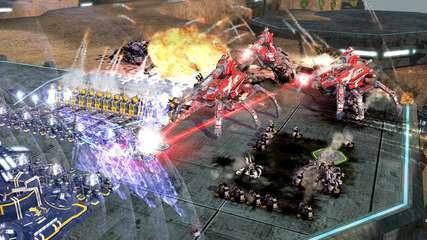 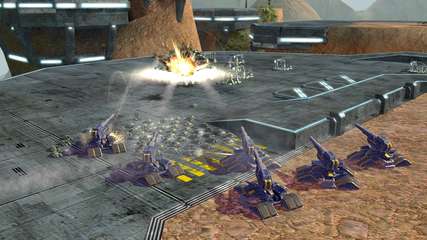 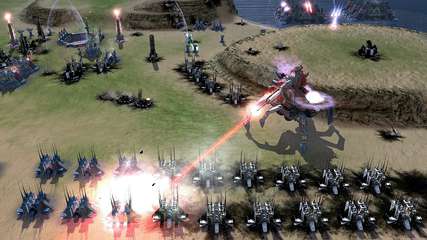 In Supreme Commander 2, players will experience brutal battles on a massive scale! Players will wage war by creating enormous customizable armies and experimental war machines that can change the balance of power at any given moment. Take the role of one of the three enigmatic commanders, each representing a unique faction with a rich story that brings a new level of emotional connection to the RTS genre, or fight the battle online. Where do your loyalties lie?


A deep and powerful story - element adds a personal, human aspect to a storyline previously focused on warring factions and the politics that fuel them. The single player campaign features three character-driven storylines set 25 years after the events of Supreme Commander: Forged Alliance
Command enormous armies made up of customizable land, air and naval units. Each of the three diverse factions – The United Earth Federation (UEF), the Cybran Nation and the Illuminate – have been completely redesigned from the original game, with many units.
Experimental units - returning with new designs and greatly enhanced looks….and some new tricks that can be unlocked through research
New Supreme Commander Gameplay Experience - players now have the ability to research new technologies and units and deploy them instantly on the battlefield, allowing them to upgrade a base-level tank to a high-powered, multi-barreled, AA-sporting monster by the end of a given game.
Strategic Mode UI - the redesigned UI that is faster, takes up less screen real-estate and gives better player feedback
New rendering technology that allows us to create visually spectacular environments

Based on eight GOG releases v1.260 (7 game installers + Infinite War Battle Pack DLC): 31,892,826,914 bytes
100% Lossless & MD5 Perfect: all files are identical to originals after installation
NOTHING ripped, NOTHING re-encoded
Significantly smaller archive size (compressed from cumulative 29.7 to 2.9 GB)
Installation takes 3-5 minutes (depending on your system)
After-install integrity check so you could make sure that everything installed properly
HDD space after installation: 5 GB
Use "Switch" BAT-files in game root to change the game language
Repack uses XTool library by Razor12911
At least 2 GB of free RAM (inc. virtual) required for installing this repack
Repack by FitGirl
Download link:
Download Links Rapidgator.net