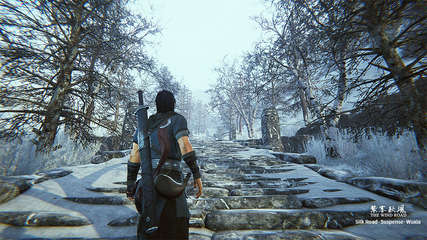 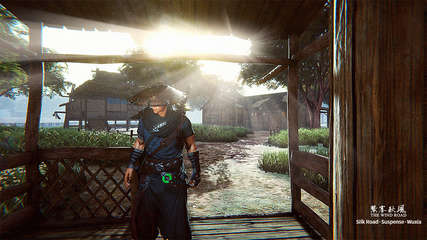 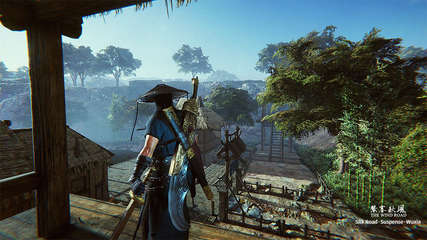 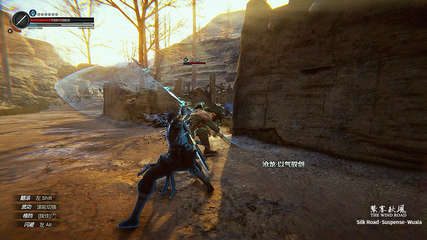 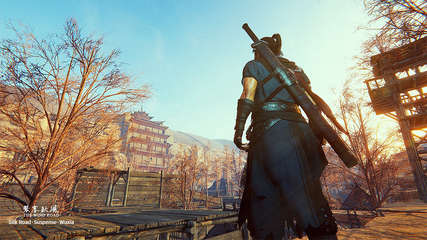 "The Wind Road" is an ARPG real-time combat game, constructing a martial-arts world based on the ancient Silk Road under the background of a fictional era.

The Barbarians of Grey Wolf have invaded the Silk Road for hundred years! Now they have sent troops to Shazhou with a purpose to capture the important site of Longyou, threatening the safety of tens of thousands of common people.

At this time, the Great Karma Scripture emerges and becomes the key to reverse the fate of Shazhou and even the entire Longyou trade route. The Barbarians are strictly preventing the monks (Scripture Escorts) from sending the Scripture to the Imperial Court, while all the forces in Jianghu who covet the Scripture's secret also go into action. The character's task is originally to help the decent sects escort the monks on their mission. However, he uncovers the secret of Scripture coincidentally after suffering a variety of trails and setbacks in ten days!

Finally, in the choice of fate, the character has to undertake the mission and becomes a real hero, taking the first step to stop the chaos of the world...

HOODLUM Notes on this game:

Be aware that this game is a buggy pile of shit.

Make sure you make regular backups of your saves in case of crashes.
Savegame location: c:\users\\AppData\LocalLow\JIAYUAN

If the game starts crashing on start, put your last working .sav backup
in the save directory then delete the following registry key:
HKEY_CURRENT_USER\Software\JIAYUAN\The Wind Road


Based on The_Wind_Road-HOODLUM ISO release: hlm-_the_wind_road.iso (29,201,428,480 bytes)
Game version is v1.8
100% Lossless & MD5 Perfect: all files are identical to originals after installation
NOTHING ripped, NOTHING re-encoded; The bonus DLC soundtrack in MP3 format is included by default
Significantly smaller archive size (compressed from 27.2 to 14.4 GB)
Installation takes 4-8 minutes (depending on your system)
After-install integrity check so you could make sure that everything installed properly
HDD space after installation: 34 GB
At least 2 GB of free RAM (inc. virtual) required for installing this repack
Repack by FitGirl
Download link:
Download Links Rapidgator.net