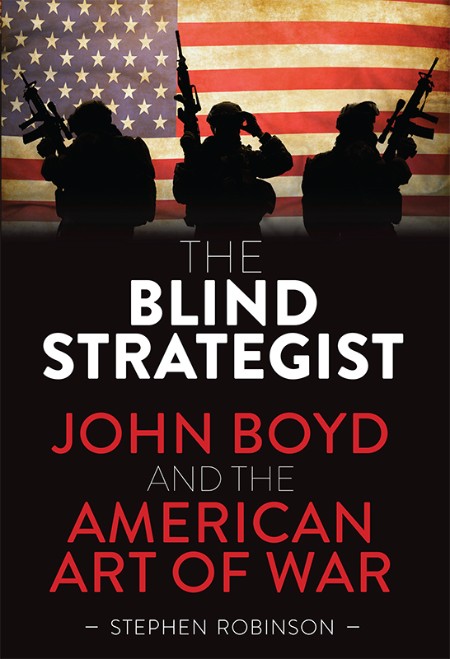 From the author of Panzer Commander Hermann Balck and False Flags comes The Blind Strategist: John Boyd and the American Art of War.

Colonel John Boyd (1927-1997), a maverick fighter pilot, revolutionized the American art of war through his ideas on conflict and the human mind. Boyd claimed that victory is won by the side which transitions through 'decision cycles' faster than the enemy, which paralyses their ability to effectively react and mentally checkmates them with minimal violence. From this revelation, he studied history searching for insights to guide military success and this quest resulted in maneuver warfare theory, a new warfighting creed which gained influential converts in the Pentagon who were seeking a new way of waging war after years of wasted attrition in Vietnam.

Boyd's ideas triggered a revolution within the American military and maneuver warfare concepts became doctrine during the 1980s. Maneuver warfare has since been credited with America's swift victory during the Gulf War in 1991 and the lighting advance to Baghdad during Operation Iraqi Freedom in 2003. However, such claims have little basis in reality and Boyd's legacy has accidently undermined American security.

When formulating his theories on conflict, Boyd relied upon fraudulent accounts of World War II written by Wehrmacht veterans who fabricated historical evidence to disassociate their reputations from Germany's defeat and to cover up their willing participation in Nazi war crimes. Boyd fell for this deception campaign and unknowingly injected dangerous misinformation into the American military mind. Maneuver warfare has accordingly corrupted the art of war and resulted in catastrophic decisions made in Iraq and Afghanistan during 21st century conflict.

In this in-depth account, acclaimed historian Stephen Robinson critically evaluates the maneuver warfare revolution that has transformed the American military. The Blind Strategist separates fact from fantasy and exposes the myths of maneuver warfare through a detailed evidence-based investigation and is a must read for anybody interested in American military history.